As marketers, we put forth our best efforts to reach audiences on a fundamental level. The brand building, campaign pushes, product launches, etc, are all designed to get consumers to consume. Knowing these efforts and how impactful that can be, the importance of a relatable brand characters has never been higher. As children, we’re taught basic skills of recognition and relatability that allow us to condition our way of thinking and consuming. As we mature, we carry these learnings with us and subconsciously allow them to impact our decision making.

A good mascot should embody the core traits of your brand, so much so that as consumers we directly associate it with our affinity for the brand. With social media driving the wave of relevancy, many brands have shifted strategies around how mascots show up. We’ll take a look at some of the most successful mascots of past and present in order to break down their evolution within today’s marketing. 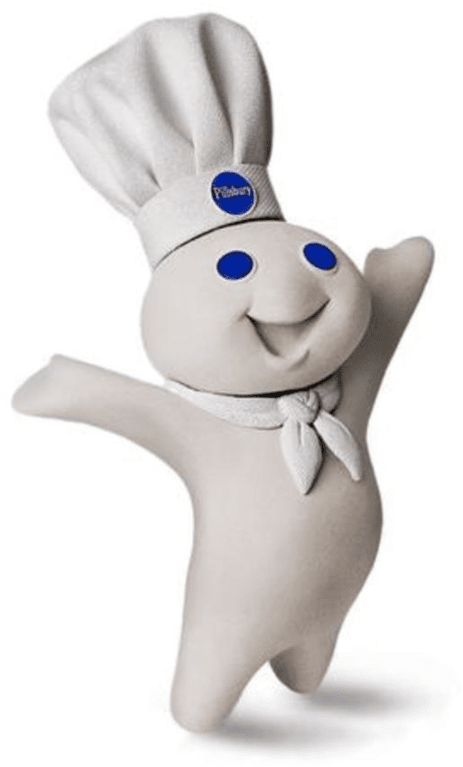 Early iterations of mascots were very simple and “kid friendly”. The Pillsbury Doughboy for instance, was sweet and family oriented. Pillsbury wanted “loving” and “family friendly” so they went the extra mile to utilize a Disney designer to help create such an image. These are two personality traits that are immediately recognizable within the character and at the time became pillars for the brand.

Taylor Getler lists Doughboy as one of his top five brand mascots of all time in his 2020 article of the same name. Within his piece he shares “The strongest brand mascots are so identifiable that a consumer could recognize them on their own without seeing the brand name.” He goes on to share that according to Pillsbury’s website, “In the first three years of his debut, the Doughboy had an 87% recognition factor among consumers.” Their social channels do not feature a heavy presence of the character yet he remains a recognizable piece of the brand. The key learning here is that brands should strive for this level of symbolism by leveraging resources that are synonymous with their desires.

Jake The “Influencer” From State Farm

Is there a brand that embodies today’s character marketing style more than State Farm? I’d be hard pressed to say no. The sheer fact that they’ve managed to make the topic of insurance entertaining speaks to their savvy. The character “Jake” first appeared in 2011 and rose to fame through one of the funniest commercial ads of its time. The commercial features a husband up late speaking with his State Farm agent before being interrupted by his wife, who thinks he’s speaking to a mistress. According to Jordan Fraser’s 2020 article “Why Jake from State Farm Had to Be Recast”, the original Jake was actually an employee who won a company wide casting call.

Fast forward to 2021 and Jake looks completely different. He’s now an African-American actor who gets the opportunity to rub elbows with A-list celebrities both on and off screen. It’s the work that’s been done off camera that has been just as impactful. Jake’s IG page features nearly 60K followers and does an excellent job depicting him as somewhat of an influencer. State Farm has taken the character well beyond that of a mascot and made him their very own celebrity. As a result, they’ve been able to leverage a level of cultural relevance that many brands have trouble even reaching. Their strategy is more than aligned with the desires of today’s consumers.

A post shared by Jake from State Farm (@jakefromstatefarm)

A post shared by Jake from State Farm (@jakefromstatefarm)

To the brands looking to recreate some of this success, there are a few things to consider.