While Del Taco isn’t number one in market share, they do have the freshest food in the category. To tell that story, we launched a campaign starring real employees, who mix, grill and slice around the clock to serve the freshest food you can buy from a drive thru. The campaign led to a 2.7% increase in overall sales in 2018—some of the strongest sales in the industry.

To support the launch, we gave Del Taco a bold new look that nods to their fifty-four-year history, with shapes and textures inspired by their SoCal heritage and Mexican roots.

To drive the campaign, we created the hashtag #FreshAsDel to let fans know exactly what Del Taco stands for in a tone that made people actually use it. We also doubled-down on our social media programs with Instagram contests, new Snapchat filters, and in-store activations inspired by the hashtag.

Eau de French Fry is an artisan bar soap that smells just like Del Taco's world-famous fries. The bars sold out in just 11 minutes, and were listed on eBay shortly after for over $100. Eau de French Fry also got 310+ on-air TV mentions in less than a day. 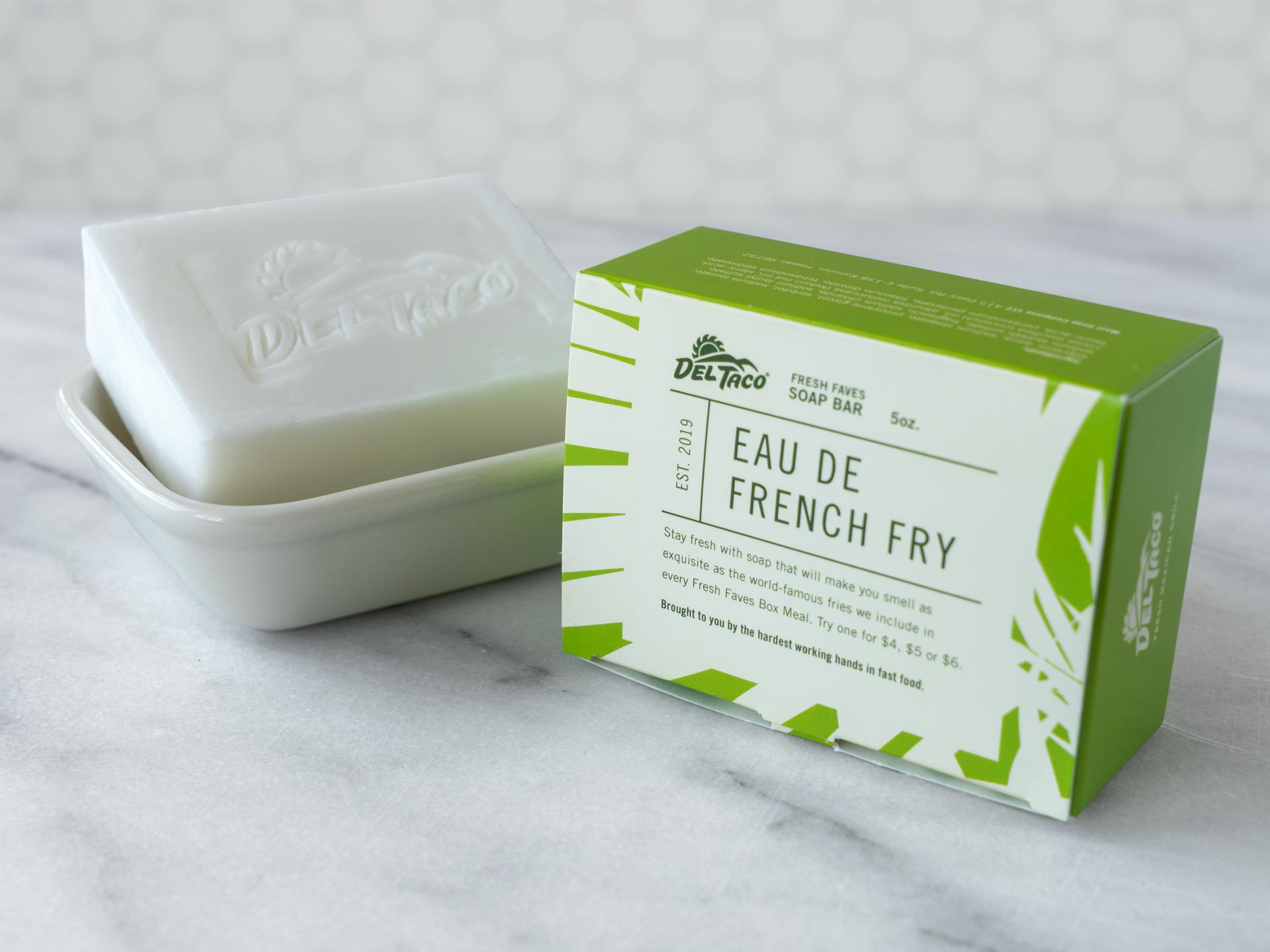